Patience, attention and participation (This one's a bit woo) 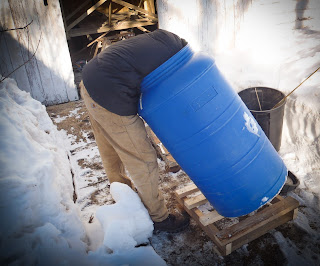 I have a recurring dream where I am standing over a large blue barrel of stagnant water, one exactly like my father used have in our summer house in Wicklow. I am trying to submerge an old beach ball that's floating on the surface but every time I take my hands off it, it bobs back up. When I was young I was terrified of becoming sick. That nauseous feeling just before you vomit was unbearable for me, worse even, than the vomiting itself. Sometimes when I'd be feeling fine and I'd experience a hint of nausea I'd desperately try to avert my attention and keep it away from that underlying feeling, just like that beach ball. I think I've been doing this surface bobbing for most of my life, afraid to face what's lurking deep down inside of me.


It sometimes happens that I'll be in a specific place and a memory of another unrelated place will bubble up into my mind. This phenomenon sometimes repeats itself at a specific place and no matter how much analysis I give it, no matter how much I try to find some kind of link between them, I can't for the life of me figure out why it's happening. If I was to guess why it happens, I'd say it's some kind of unconscious emotional resonance; some way I felt at that first particular place is recurring in the new place and the associated visual experience is accompanying it. Now obviously an actor might not hold any weight when arguing in the frontier of neuroscientific debate, but this sole experience solidifies my opinion that we are barely conscious most of the time.

I recently said to somebody that I was working on expanding my consciousness and was stopped and loftily asked to explain the statement. When I began I was interrupted and the subject was quickly changed. The truth is that it was far too woo for lunchtime discussion, but, If I had been able to unpack it, I would've given an example of when you enter a room and feel like something is wrong. You don't know what it is but every part of you is telling you to leave. It's only afterwards, upon reflection, that you start to put together what was wrong about the situation or event that you skillfully avoided. These were your instincts, basically unconscious recognition, saving your ass from something unfavorable. As a vital part of evolution we can sometimes have signals enter our eyes and bypass our visual cortex going straight to the amygdala so we know to get the fuck out of there immediately! The fact that our visual perception of something would slow us down and maybe even get us killed is so fascinating to me. What other aspects of our lives are limited by our eyes?

When you sit with anything for long enough it begins to change. Whether it is the repetition of a word, a slight pain somewhere in your body, or a fowl smell, like, say, your gym socks; if you pay close attention to it, for long enough, it will take on new characteristics. If you meet somebody who you initially think is ugly, you can be guaranteed that after a few months of knowing them, you'll find their appearance more favorable. The very nature of time itself will change if you pay attention to it; a minute where all the seconds are counted, will seem a great deal longer than one that's not. I've come to believe that the very fundamental objective of our existence is where we focus our attention. Subjectivity is the only area of our reality that science has not been able to touch. It's yours and yours alone. There must be a reason for it, like maybe, you'll need to fill out a report for somebody some day somewhere. Maybe that's your job. Are you doing a good job? Or are you spending most of your fucking time on Instagram? 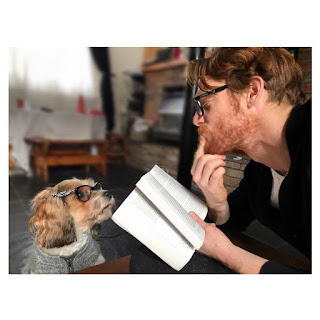 Panpsychism is definitely a cagey subject around most. The idea that all matter has some level of consciousness leads to snorting in even the most polite of people, but, as we simply have no idea what consciousness is, or, where it occurs in the brain, then I think we should be a little more open to the idea that there may be levels to it, and, that we may not hold the title of most endowed. We like to parade around as the top echelon of sentience, but when I'm out walking my inferior K9 specimen and he keeps trying to drag me back to the house, it's only when it's starts to rain a good five minutes later, that I realize that his consciousness of atmospheric pressure must be far superior to mine!

Over the last couple of years I've started suffering from postural hypertension. When I get up too quickly enough blood doesn't make it to my head and I start to loose control of my senses. I feel a tingling sensation come over me, my vision, hearing and my balance go and I'll usually have to grab something or I'll fall over. The funny thing about this scenario is that even though all my external senses are failing I still feel one hundred percent conscious. I feel like i'm going somewhere else, like I've stepped into another room for a bit. I've had my doubts about mind body dualism over the recent years. I was brought up catholic and conditioned into thinking that my soul will go somewhere after my body fails, but as that dogma couldn't withstand intellectual scrutiny, I began to search Philosophy and Neuroscience for answers eventually settling on monism; the idea that your consciousness is generated somehow by your brain and will end when it stops functioning. These bouts of hypertension leave me unsure again.

When I was a child I paid great attention to the things around me, but as I matured, and thus accumulated more responsibilities, I began a process of evaluation that consumed more and more of my mental energy, narrowing my attention to a sort of tunnel vision, a beam with some plan at the end of it. Now, hopefully somewhere around the midpoint of my life, I'm trying to shed this self evaluation and smell the roses because otherwise I'm left needlessly carrying around a self inflicted anxiety. Mindfulness, you say, and yes, that's exactly it, but, 80% of the time I spend meditating consists of me trying to justify why it is that I meditate. And these thoughts don't go anywhere unless I write them down, and, there's not really much point in writing something down unless somebody else is going to read it, so, thank you.

Somebody dishonest wants praise and somebody incapable wants to help

"Thank God your parents aren’t the only audience in the world. Go out and get professional option, ask friends and strangers.  One of t... 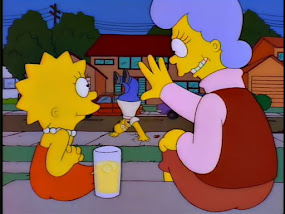